The
Humanities
Institute
of Prague 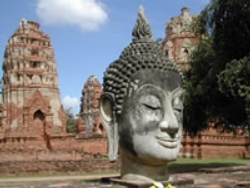 The purpose of the East-West Studies Center is to provide students with comprehensive understanding of the works of East-West philosophy and psychology. The East-West philosophical texts program consists of a close philosophical study of the works of Confucius, Mencius, Loa-Tzu, Chuang Tzu, Taoistic Confucianism, Neo-Taoism, Buddhism, as well as the Rig Veda, Bhagavad Gita, Upanishads, and Buddhist scriptures. The East-West psychology program consists of a careful study of the psychology of East texts prepared by C.G. Jung which include commentary on the Secret of the Golden Flower, psychological commentary on the Tibetan Book of the Dead, the concept of Mandalas (East-West), the Psychology of Eastern Meditation, as well as the psychology of Western religion. The East-West Studies Center offers an interdisciplinary study program which is specifically designed to help students to prepare for a professional teaching career in the fields of East-West philosophy, East-West psychology, or another closely related discipline.